Want a pet, but can’t decide between a dog and a cat? Who says you have to? There are several cat breeds that are decidedly great companions for dogs, so if you’re “in the market” for a dog-loving cat, read on. While you are free to choose why to buy these cats, it is always a great idea to “rescue” a cat – and there are plenty to be saved by you from animal shelters country-wide.

While dogs and cats are inherently individual creatures, with their own temperaments, these breeds generally take to dogs. Remember to make the introductions smoothly and offer no surprises: You are setting the stage for a lifelong friendship.

Iheartcats.com and petinsurance.com agree on a list of seven cats that’ll love dogs in your home. They are: Abyssinians have expressive personalities, and while they are not generally known as lap cats, they are nevertheless affectionate. Well regarded for their playfulness and curiosity, they have a penchant for exploring their surroundings, which means they love to be in the thick of activities that are taking place around them and that involves you and the family dog.

Nicknamed Abys, this breed is the fourth most popular cat breed, as reported by the Cat Fanciers’ Association (CFA). Elegant and regal-looking, Abyssinians are relatively easy to care for and make ideal pets for cat lovers and dog-lovers, too. Known widely as “America’s breed,” these cats can be counted on to be found in so many American homes – maybe even yours. In fact, the American shorthair cat is a family favorite, consistently ranking in the top 10 cat breeds each year.

It’s kind, mellow temperament and intelligence lends itself to getting along with other family pets, including dogs. So if you already own a dog, considering introducing it to its next best friend – the American shorthair. A shorthair is considered an ideal pet for a working family with children.

Another testament to its mellow nature is the shorthair’s ability to get along with other pets, like dogs, and its gentle nature around children.

The American shorthair has gained respect over the years. First, it was admired for its hunting ability and now it is beloved as a family pet. It is a docile creature that is good with pets like dogs. If you’re looking for a low-maintenance pet that displays a playful personality and a fierce loyalty, the shorthair is a perfect fit. Birman cats are known for loving the game of fetch, which makes them immediate friends for your dogs. They are friendly, intelligent and affectionate, with a generally calm and mild manner.

Well-bred Birmans are typically healthy cats. They are not known for breed-specific illnesses, although some may develop cardiomyopathy, which is a significant cause of heart failure in cats. Birmans can live to be approximately 15 years of age, if not more, with the proper care.

Birmans are medium-sized and stocky, and usually boast a heavy ruff of fur around their necks and silky long hair. Their coats are light in color, and because the texture of their fur doesn’t allow for matting, grooming is not required daily. Like Persian cats, Birmans are pointed (darker) on their face, legs and tail and are distinctive due to their pure white “gloves” on their paws. They have round, blue eyes that give their faces a sweet expression.

Just imagine a better companion for your dog! 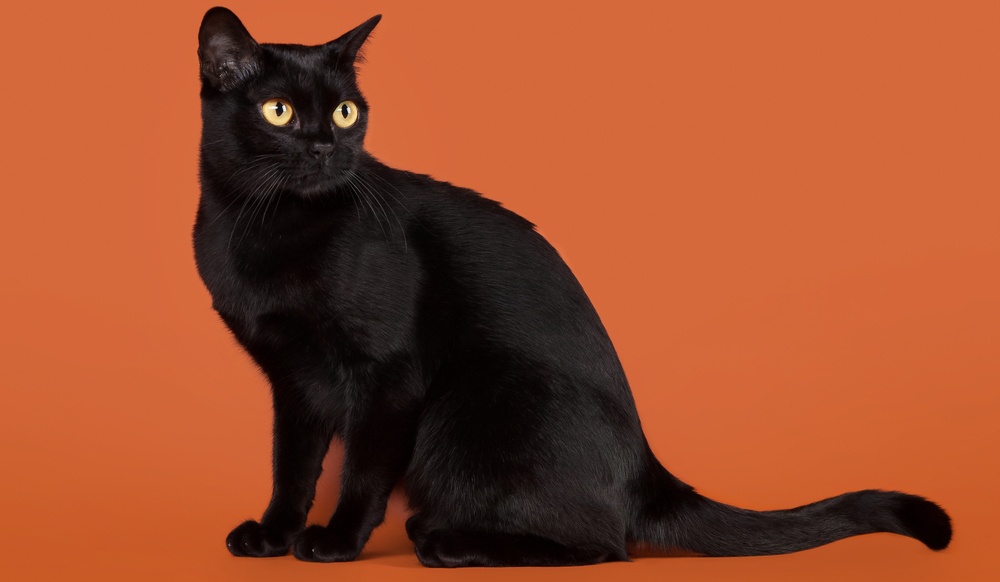 These black cats also love playing games, especially fetch, and can even be trained to walk on a leash, so just imagine taking both your dog and cat for a walk together. Bombay cats are said to often choose a canine companion to cuddle.

You may be surprised to find out that this wild-looking feline is one of the most affectionate, playful and personable of cat breeds – and that guarantees play-time with your doggie. 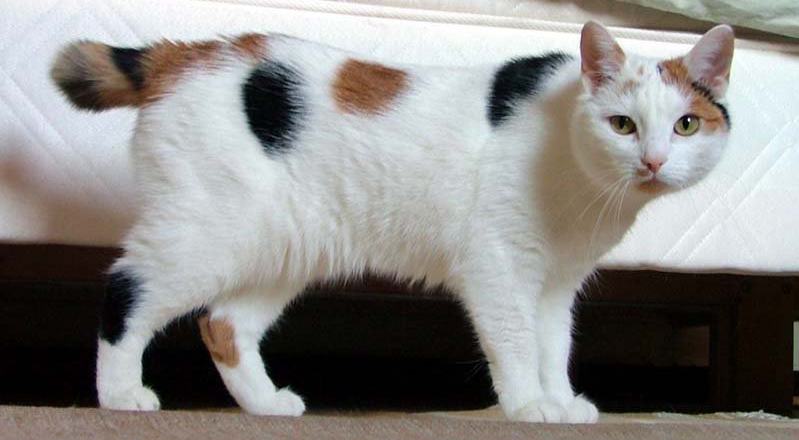 True to its namesake, the breed has a bobbed tail, caused by a mutated, or recessive, gene. No two tails are alike. It is generally thought be a hearty cat and is not known to have any genetic health issues. 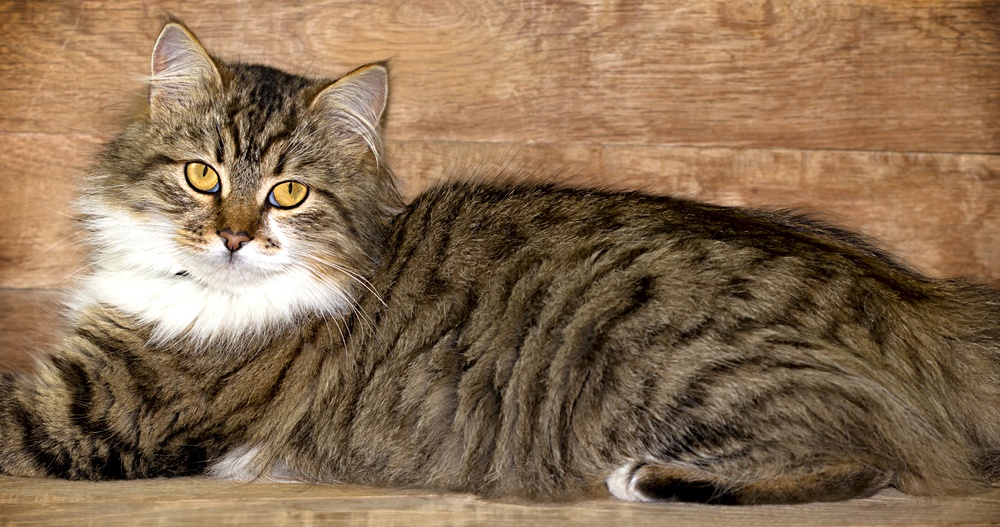 Talk about a dog’s ideal companion! The Japanese bobtail likes to walk on a leash, and can perform dog-like tricks. It can even have “conversations.” This breed also enjoys a good game of fetch with you and likes to splash n water.

Furry Maine Coon cats are also known for their dog-like behavior: following you from room to room, coming when called, walking on a leash and playing fetch. The breed also gets along well with dogs. Maine Coons are not overly dependent on you. They have a very small voice for their large size; their voice is more of a chirp than it is a meow. Another great companion if you’re thinking of teaming your cat with a dog. 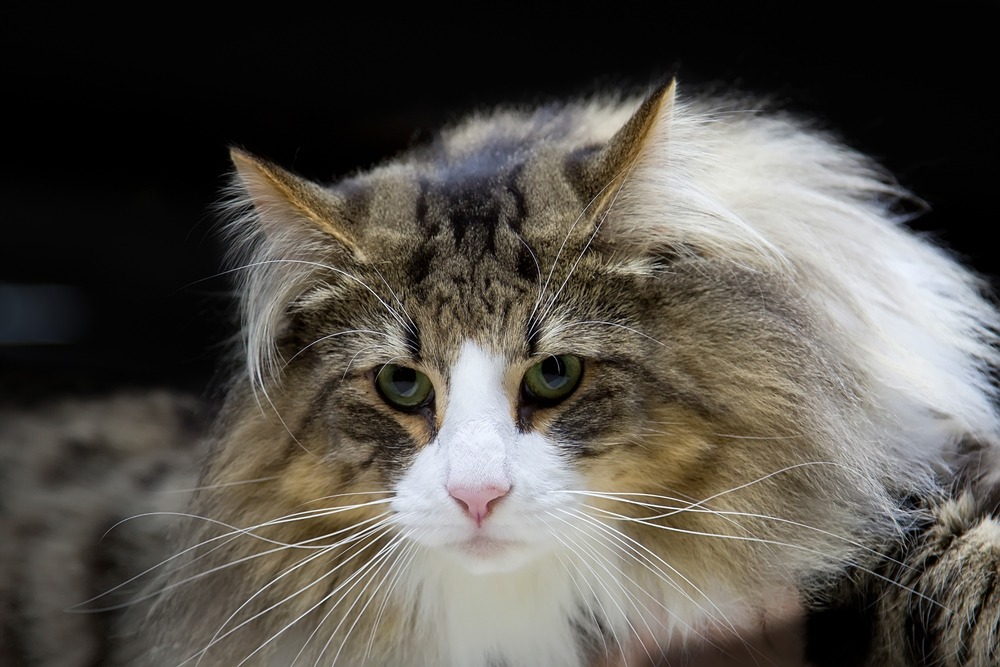 Also know by the same, “Wedgy,” The Norwegian forest cat is a large cat, with a brawny, muscular body and long legs. It responds well to training, which makes it a perfect dog-companion, since it generally walks on a leash if trained to do so at a young age and will fetch. Thus, it generally does exceptionally well in the presence of your dogs.