Every child should have a furry companion to cuddle with, tell secrets to or just hang out with around the house. Some parents may be reluctant to bring a cat into their home because of their tendency to use their claws. However, there are many different feline breeds that will do just fine with a kid. Don’t discount a kitty before you take a look at these amazing, kid-friendly felines.

in our opinion, the best cat for kids is the birman, due to its calm and patient nature. Here is a list of our 14 top choices: The blue-eyed Birman breed was once the sacred cat of Burma. It has a soft fluffy coat and can be bred to have the color points of a Siamese. Personality wise, this breed is not demanding, is calm and patient; all the good things you want in a kid-friendly feline. Plus, kids will love to groom its beautiful coat. This cat is a remarkable animal in appearance as well as personality. It sports dark, bold markings on its body (similar to jungle cats) with a strong and athletic build. The Bengal is also a very intelligent and active breed that would love to engage the kids in a game of fetch or a good romp around the house. 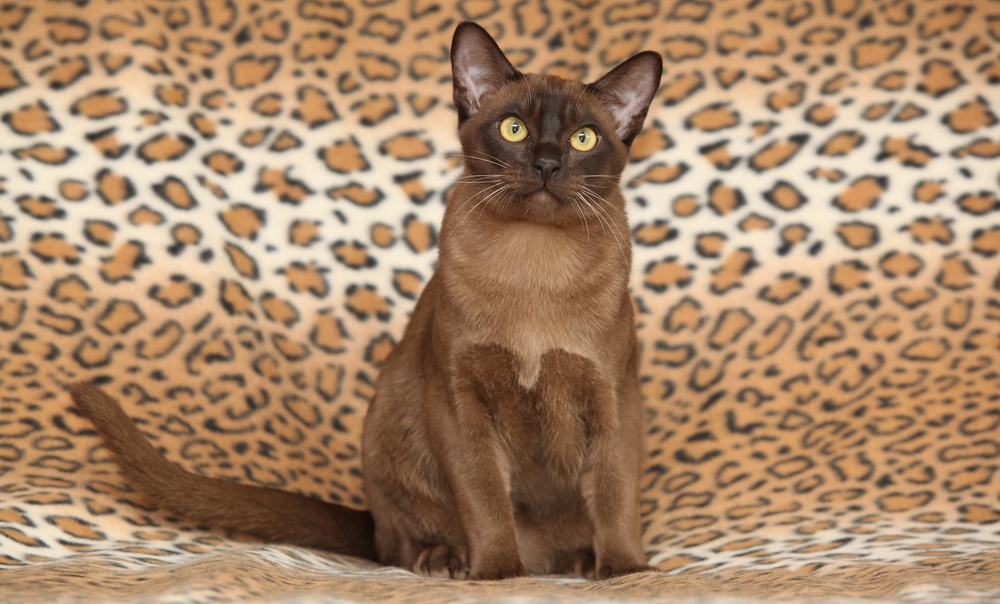 Nicknamed “A brick wrapped in silk” the Burmese is a solid cat that still retains its sleek appearance. This energetic and intelligent cat loves human companionship and would do well with a child, especially if that child takes the time to teach him new tricks. The Burmese is also known as the breed that stays kitten-like well into adulthood. With its huge ears, eyes and personality, the Cornish Rex is one feline that will have everyone in the household in awe (it’s even considered to be a real charmer with a “sense of humor”). This breed loves to be the center of attention and does well with all the hustle and bustle of busy home. As long as children respect this cat, they will get along just fine. Even though this breed is “tail challenged, it makes up for it with a huge personality and chirpy voice. In fact, you may be amazed at the range of vocalizations the Japanese Bobtail can make. When this cat isn’t telling you all about his day, he’ll be happy to play fetch with the kids or splash around in the bathtub with them. That’s right, this kitty loves the water! 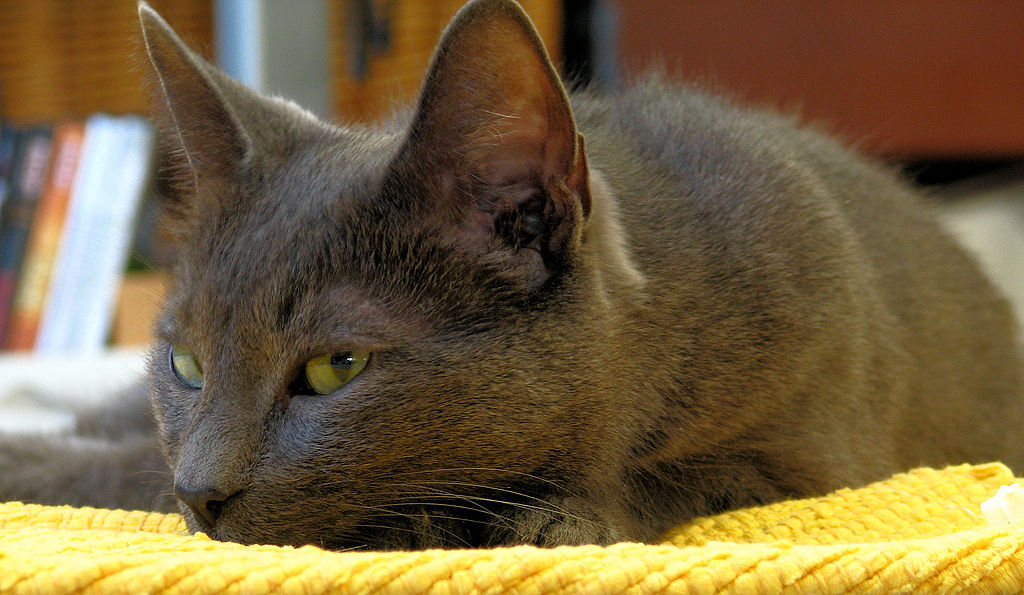 The Korat cat dates back to 14th century literature and it’s no wonder why. With its sleek silver-colored fur and large emerald green eyes, this cat is strikingly beautiful and worthy of prose. The breed is also known to be extremely loyal and human-orientated, so once bonded with your child, he or she will have a friend for “life.” 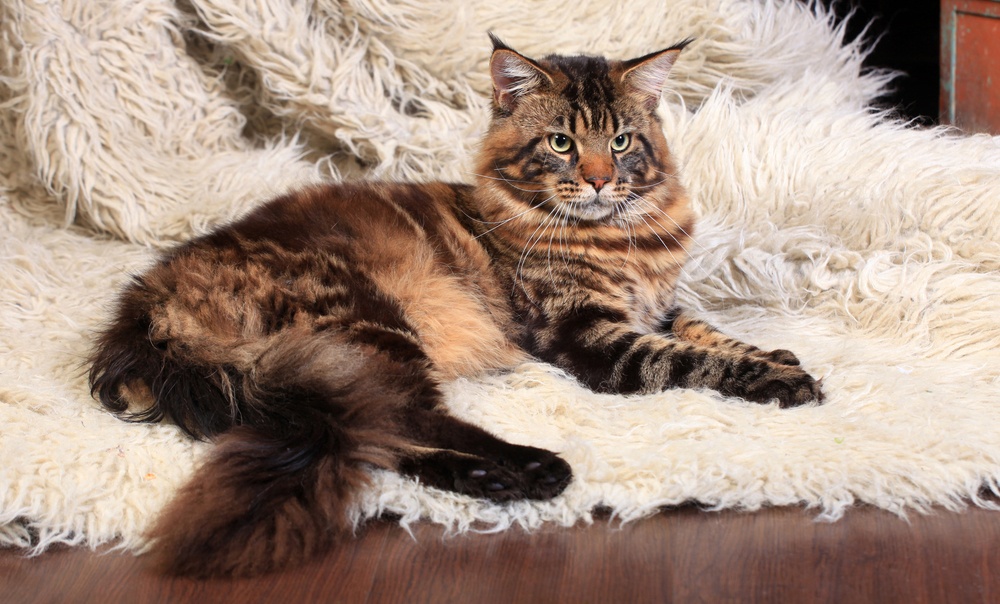 You won’t have to worry about a delicate cat with a Maine Coon. This big guy (or girl) can weigh up to 20 pounds and has a long furry coat. It adapts to all personalities, so it tends to do well with all humans and even canines. Children who want to teach a cat tricks or leash train it for walks, will love the versatility this cat provides. 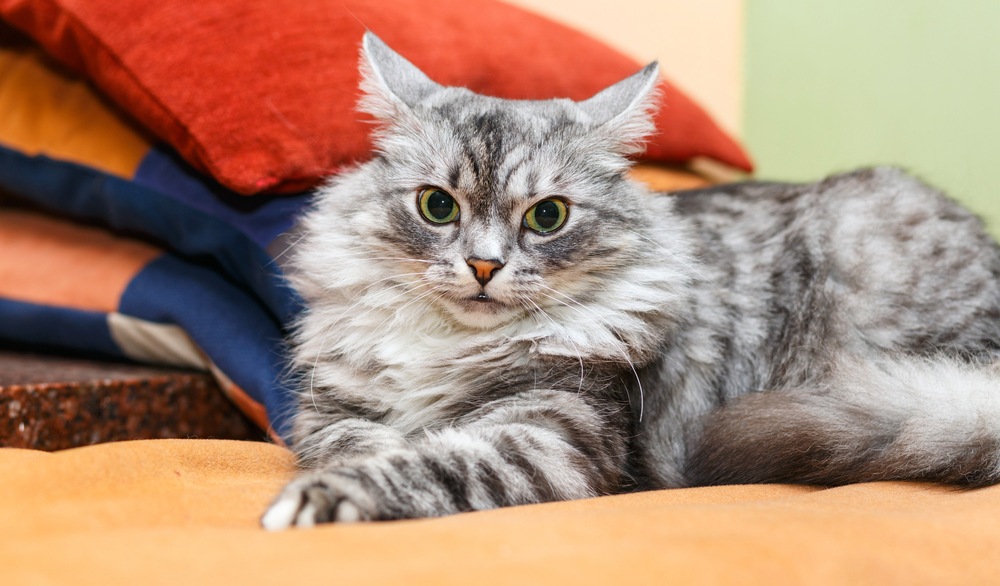 Another gentle giant of the feline world is the Norwegian Forest Cat (or Wegie for short). This breed can weigh up to 22 pounds, but doesn’t use its size to demand attention like other breeds; it’s content to just lie quietly beside its human companion. The Wegie is also very athletic, despite its larger frame, and loves to climb to the highest vantage point in your home to survey its surroundings. If your child loves a good game of hide-n-seek, then the Oriental may be the cat for you. This breed is very playful and athletic and would like nothing better than to be taught some tricks (like fetch). Its huge ears and long sleek body is nothing to be embarrassed about, either. This is one cat that doesn’t mind the sweet antics of a little girl dressing them up in clothes or carrying them around like a baby doll. The Ragamuffin’s sweet disposition and gentle nature makes it the ideal family pet. If you have older children, they will enjoy the Ragamuffin’s propensity to learn tricks and to play fetch. This cat got its name from its habit of going limp (like a ragdoll) in its trusted human’s arms. Another awesome trait about the Ragdoll is its ability to pick up tricks and good behavior (like scratching a post) very quickly. Kids will love this cat with the dog-like personality and will soon become fast and inseparable friends. The cat in “sheep’s clothing” is what the Selkirk Rex is known for; it’s coat is woolly! Aside from its strange fur, this breed is very affectionate and loves to be in the company of its humans. In addition, this kitty has a gentle and good-natured personality which makes it a great choice for those with children and even cat-friendly dogs. 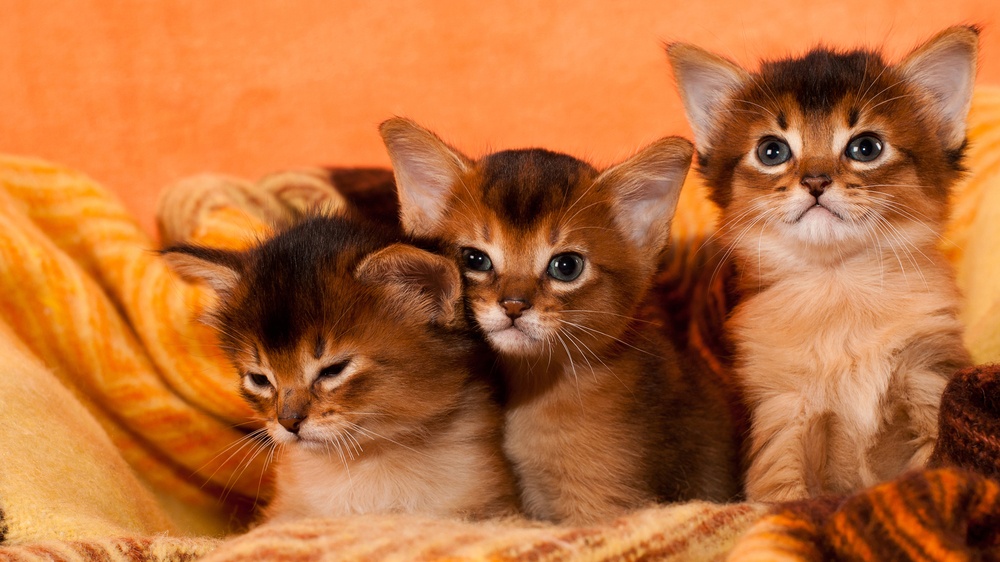 The Somali is an excellent choice for children, as it is very active and inquisitive. This breed loves to jump, climb and play hard and for these reasons will need a playmate. The Somali is also an intelligent breed that would like nothing more than be involved in all the doings of the family. A cross between the Siamese and the Burmese, the Tonkinese (or Tonk for short) is one affectionate breed that loves to follow his favorite human around the house, ride on shoulders and meet new people. Not only that, its sleek appearance is a pleasure to behold. Plus, it might even share a “story” or two with you.

Although, these breeds of cats are known to be a better choice for those families with children, that doesn’t mean they will automatically take to a child. Like all animals, each cat (despite its genetic makeup) has its own personality. In addition, children should be taught the proper ways to handle a cat or any pet. Kids that are allowed to poke, pull, grab or in any way cause discomfort or harm (to even the most gentle-natured of beast) is sure to eventually get bitten or scratched. Let’s do our pets and kids a favor by teaching them how to respect and handle all living creatures with love and careful consideration.